I just discovered something you have all long suspected — I am a huge pussy. An American pussy, to be precise, but one who enjoys each and every day spent living here in Hannover, Germany. I love it here! I can handle the cold, hard slap of culture shock, and I am slowly (though painfully) learning the German language, but the simple challenges presented by the changing of the seasons continue to test my mettle.

Today started with the usual routine: I got up, got dressed, and retrieved my bike from the garage so I could ride it to the gym. However, I failed to notice the staggering number of acorns covering the street and sidewalk in front of our house. It is Fall as I write this post, and there is a giant oak tree looming over our roof. Every time I go out the front door, I hear the crack of an acorn as it strikes the pavement, reminding me that every year, a certain number of people actually die because of falling coconuts hitting them on the brain. 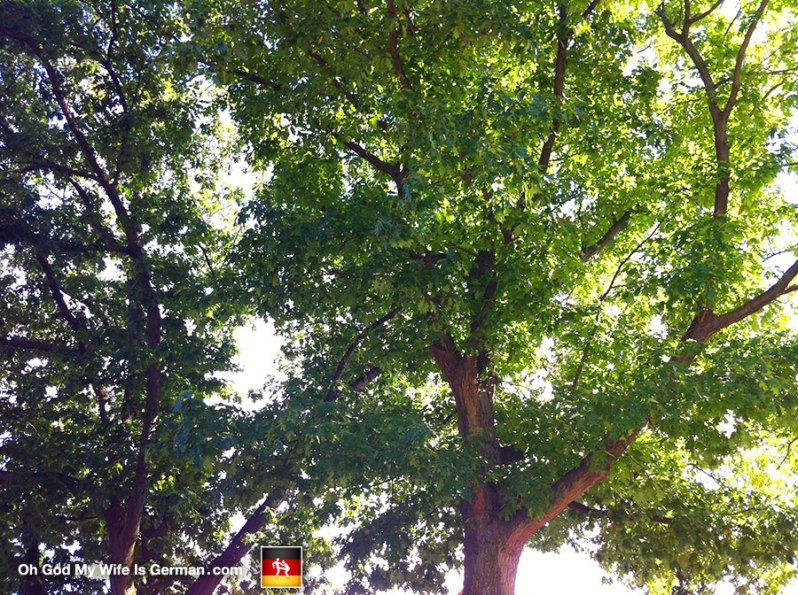 Though smaller and less threatening, acorns are not the adorable comedic fodder we’ve been led to believe by the Ice Age movie franchise and its clearly retarded squirrel character. No, these little sons of bitches are rock hard and impossibly smooth, so you can imagine how a thin bicycle tire might interact with one at high speed.

After getting on my bike and pushing off, I descended the slope of our driveway and began to make a right turn as I entered the street. My front tire bounced off an acorn and turned my handlebars even more to the right, nearly sending me over the top as I struggled to keep it from going perpendicular. Of course a car was passing by at that moment, but I wasn’t in any real danger of being hit; the car was simply there so the passengers inside could witness the expression of sheer terror on my face and mock me for it accordingly. 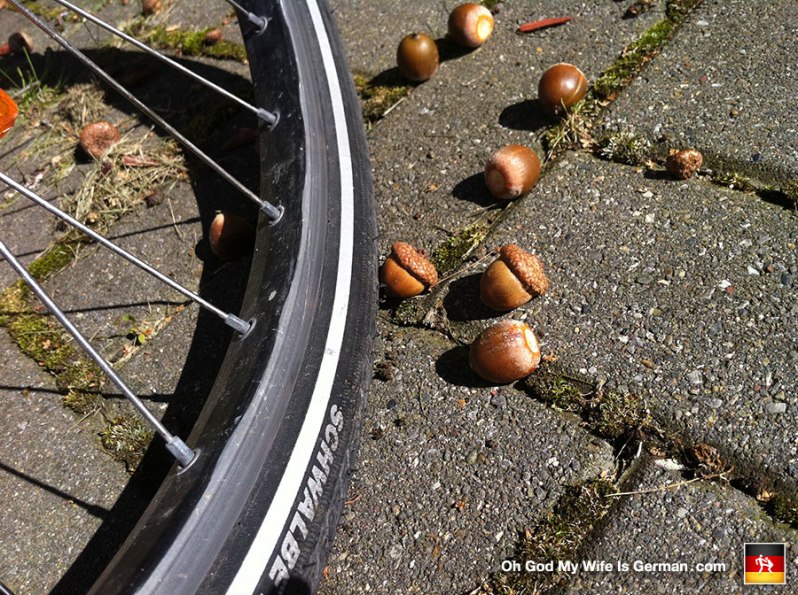 I got my bike under control, pulled over to the curb and looked back over my shoulder. There were so many acorns in the street I felt like I’d just unwittingly navigated a minefield during wartime. “6th Division, Charlie Company, Landmine Detection Unit. We just run right through that shit with blindfolds on. 97% success rate. Best record in the Corps.”

I’m joking right now, but at that moment, I was pissed off. I walked my bike back to the garage, opened the door and practically tossed it inside. Determined to clear the street of every last acorn, I reached for one of the brooms leaning against the wall and saw something move from the corner of my eye. Oh yes, it was the largest spider in Germany. 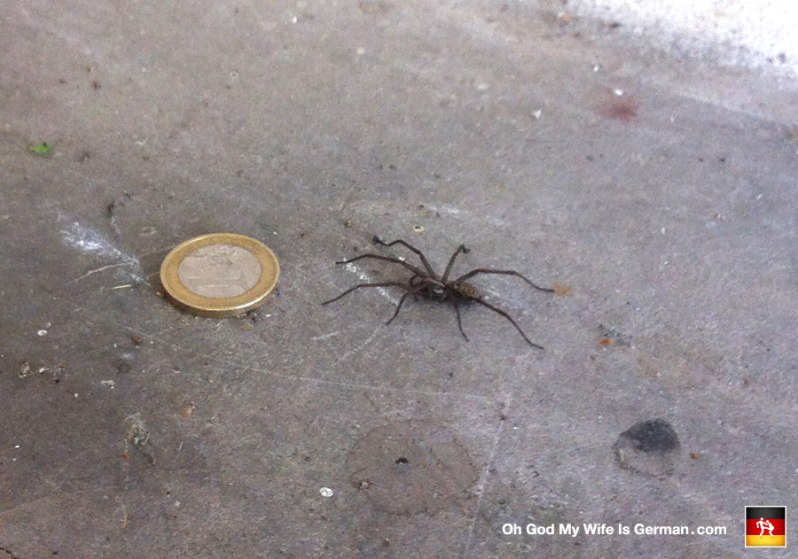 As you can see, I managed to snap a few pictures of the spider after coaxing my scrotum back out of its hiding place. That other thing in the picture, my friends, is a €1 euro coin. When I tossed the coin on the ground, the spider started to shake really hard, as if scared. Then I realized it wasn’t scared at all; it was shaking its web in order to better snare whatever doomed creature had fallen into it. Isn’t that just awful? And isn’t that a perfectly legitimate reason to leave the coin there forever, spider or no, so it will never be touched by human fingers again? Christ, just telling this story makes me feel like I’m covered in bugs. I’ll need 2 milligrams of Xanax and 6 ounces of Jameson if I hope to stand a snowball’s chance in hell of falling asleep tonight.

Since this spider was obviously too huge to live, I grabbed a garden hoe and — using the flat side downward like a piston — smashed that motherfucker with enough force to cause an earthquake on the other side of the planet. I did this repeatedly, and also while screaming like a little girl. Speaking of little girls, there’s a kindergarten right next to our house and the garage door was wide open, so the kids who were walking home from school that day heard, “AAAAAAAA—*clang* *clang* *clang*—AAAHHHGG!” while seeing a grown man employ a level of violence so profoundly unnecessary it was probably illegal.

I bet those little kids are scarred for life, crying themselves to sleep every night after begging their parents to explain why their new American neighbor hates living in Germany so badly he beats the very soil beneath his feet.

“Wait, the bad man was doing what now?” soothes the parent. “Screaming? And then he started crying, you say? Oh, go back to sleep, Klaus — you were just having another one of your silly little nightmares.”