I think I’ve made my opinions on the subject of marrying German people abundantly clear throughout this blog. I’ve written about why you should bump uglies with them, why you should steer clear of the crazy ones, and why moving to Germany is an awesome idea in general. But what I want to talk about now is the stone cold Teutonic glory that is the German-American relationship.

You see, it doesn’t matter if you’re straight, gay, bisexual, transgender, or if you’ve got 3 veiny dongs hanging from a pair of green Martian titties; when it comes to German-American coupling, the subject of balance will quickly make itself apparent. That is to say, in my experience, Germans and Americans balance each other out with surprising effectiveness. (After a couple of pissing matches about why there is no air conditioning in this country, god dammit.)

On the German side, you’ve got robotic emotional compartmentalization, financial conservatism veering toward stinginess, and a level of rage-fueled impatience which borders upon the psychotic. (Seriously. Have you ever been in a car with a German when you hit a traffic jam? They totally freak out. It’s hilarious.)

On the American side, you’ve got diagnosable megalomania, an absolute “fuck it” sense of financial responsibility, and an education level roughly equivalent to a fistful of jellybeans. (And yet we’re still the most confident bunch of assholes on the planet.) My point here is, Germans and Americans need each other; every successful relationship requires a balance of pragmatism and passion, and you’d be hard-pressed to find a better match than that which occurs between such nationalities as these.

On a more personal note: As I’ve mentioned before, I’ve got some really bizarre fears and phobias, but I also suffer from some kind of generalized anxiety disorder as well. (Plus social anxiety and a VSP personality type, so I really am just a big bag of crazy.) See, I worry about everything, and those worries never fail to intensify during the night, right as I’m trying to fall asleep. It’s my own personal hell. In fact, I can actually hear the little anxiety mechanics working inside my skull: “Hey Jim, are we supposed to be shutting down for the night right now? Screw that, let’s get wasted and just start breaking shit — I want to see if we can convince this dude he’s got an inoperable brain tumor again.”

Anyway, each morning, my wife asks how I slept the night before, and I’m always completely honest with her: “Well, honey, I slept like dogshit.” This is when she reassures me everything will be okay, because we are a team — a dynamic duo — and we will always be there for each other. And then one morning, not too long ago, when I was completely discouraged about ever falling asleep again, my German wife hugged me close and said:

“But we will always have each other, like Jekyll and Hyde. …I mean Sigfried and Roy! …I mean Bonnie and Clyde!” 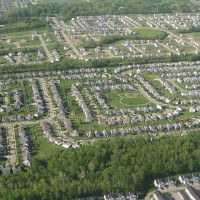