Masculinity is a tricky subject. We all have different ideas about what makes for a “real” man, but in our fervent scramble to attain perfect, inoffensive political correctness, we can’t even be sure masculinity is a desirable trait at all anymore. What I can tell you — as a man who has lived in two different countries — is that being seen performing any single one of the following ten activities will not only destroy your sense of manhood, but will make you look like King Titties of Pussy Mountain:

#10: Drinking Through a Straw

A man can drink from a coffee mug or a beer stein — really anything with a big, fat handle — but the moment he puckers his lips together and starts sucking on that straw, his testosterone levels drop down to zero. Imagine a huge biker thug at a dive bar. He’s drunk and hassling someone. “Hey pussy, change the channel back to Duck Dynasty. No one wants to watch that queer golf shit.” And then he wraps his mustachioed lips around a pink bendy straw and takes a dainty pull of strawberry daiquiri. Masculinity destroyed. (But that would actually be kind of awesome, so let’s table this one for now.)

#9: Wearing a Backpack (While NOT Camping, Mountain Climbing or Parachuting)

Camping, mountain climbing and parachuting are all manly things to do. So manly, in fact, you don’t even have to be male to look badass doing them. But wearing a backpack for almost any other purpose makes a normal man look like his body is comprised of 100% doofus. Whenever I see a dude sporting a backpack in Germany, I am forced to conclude he is one of the following: a student, someone backpacking around Europe, a homeless person, or a fashionless nerd on his way to a well-deserved ass kicking. Personally, I wear a flaming red backpack every day on my way to the gym because I’m married and I don’t give a sweet holy shit about looking cool anymore. (That, and I like to pretend my backpack is a turtle shell, and I’m going to sharpen my sweet ninja skills with Master Splinter.)

Little kids, old people and hot chicks are about the only people who can get away with this one. But a dude in his physical prime — testosterone seeping from his every pore — simply cannot retain any sense of manhood while tonguing a double scoop of Rainbow Sherbet Hokey Pokey. I’m not saying a man can’t enjoy his ice cream — far from it — I’m just saying while he does it, he looks like a prancing nincompoop.

#7: Riding a Bicycle (Unless You’re Racing)

We all know mountain bikers, stunt bikers and those Tour de France guys are all badass — even if they are doped to the gills. When a man is riding a souped-up racing bike, cutting through the headwind with his head down and every corded muscle jutting out like steel, he looks powerful. That’s not what I’m talking about. I’m talking about guys like me, who ride city bikes around town with a basket on the front to hold their groceries. Just cruising around with a big, dome-shaped helmet on, ringing the bell on their handlebars and waving to their neighbors. “Hi-diddly-ho! I’m off to the store to buy some more flour! My wife and I are baking Christmas cookies this year, and then we might even have sex! Missionary position sex!”

Again, there’s nothing inherently wrong with this activity — drinking wine is fun — it’s just not possible for a man to do it while looking manly. I think it’s the shape of the wine glass which really destroys the masculine aura, especially if you stick your pinky finger out like I do. But it’s not like you have a lot of options here; you can’t just grip the stem of the glass in one meaty fist and slam it back like a viking. You’d need a drinking horn for that move. So assuming there are no alternatives, just go ahead and sip that wine, but remember: in that moment, you have all the masculinity of a training bra.

#5: Eating (Unless It’s with Your Hands)

I want you to picture a big, hairy-knuckled man, ripping into a half-pound burger with his teeth and slamming it back down so he can grab a fistful of fries as a chaser. Gross, but respectable, right? Now picture that very same man eating with silverware. Thick fingers wielding a knife and fork with the dexterity of a gentle surgeon. He lays a piece of food in his mouth with his fork — tongs up, like a gentleman — then sets it back down so he can dab at the corner of his mouth with a fine linen napkin. The immediacy of his hunger — his borderline desperation — was wiped out the instant he picked up the silverware. There is one way to use silverware and look sort of manly, however: you order a steak, stab it with a fork in one clenched fist and then violently saw it in half with your knife in the other. Yes, you’ll look like a caveman or pretty much anyone with a reality show on TLC, but at least you won’t look like a pussy, right?

#4: Picking Blackberries (or Pretty Much Any Berry)

Farmers of any gender are cool. Tough, hardworking folk, and I respect them. What I find a little harder to respect is a full-grown man picking berries while on a walk through the local park on his way back to his apartment in the city. There’s a world of difference between someone picking berries for a living, and someone doing it for shits and giggles. There’s something about the delicacy of the act; it’s just so… dainty. Moving your hands slowly to avoid the thorns, trying not to get berry juice all over your nice polo shirt. Christ, my wife looks like more of a man than I do when we pick berries. No, this is task better left to professionals and small children. That said, you’ll score massive dad points if you pick berries with your kids, so just remember to bring along your favorite child if you want to come home a handful of mangled blackberries.

Tiny, yapping lapdogs are for two kinds of people: old women and gay men. There, I said it. Hell, when I see a yoked out gay dude carrying a Chihuahua, I almost respect him more because he clearly does not give a fuck. The annoying dog still sucks, but the man retains his masculinity. Old women can get away with it because, well, they can get away with anything; they could walk down the street shouting racial slurs while smearing butter in their hair, and people will just feel bad for them. Young women with tiny dogs look like entitled princesses, but no one will think less of them for it (assuming they’re hot). But straight men — even old, decrepit ones — all look like shameful tools when seen walking small dogs. I think it’s because the assumption is they’re walking their wife’s dog, which is somehow more emasculating than if they just proudly sauntered about town with their own shitty little Lhasa Apso in the crook of one arm.

People have been making fun of Crocs for over a decade now. They’re an easy target, especially when worn by men. Personally, I think the problem is the exposed ankle coupled with covered toes; you just don’t expect to see a manly man — from his thick, round head down to his powerful, sculpted calves — adorning his feet with foam clogs. It’s the opposite of masculine, and it just doesn’t work. It’s like when your buddy is all excited to tell you his favorite joke, but in the end it just totally sucks and no one knows what to say: “A giraffe walks into a bar and orders a high ball, and the bartender says, ‘from the looks of it, you already have two!’ ” And just like a man wearing Crocs, friends like these should be mocked openly and without mercy. 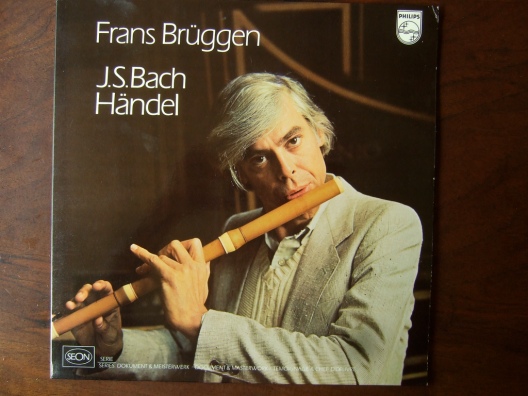 Thank you for reading and have an awesome new year!