The Top Humor Bloggers Who Inspired Me to Start my Own Blog, Part 3:

I found this parody site back in the mid-2000s, and I never forgot it. It was written from the perspective of a fictitious and wildly naive white couple known as ‘Sally and Johnny,’ who flaunt the adoration they receive from their African-American friends through satirical quotes and photographs. Jonah Peretti wrote this site with a level of sarcasm far beyond anything I’d read online before. He highlighted modern racism through characters who were blissfully unaware of it, and the results were both insightful and hilarious. I read every single page of Black People Love Us in one sitting, and frequently returned in the years that followed.

I’d never really seen such potentially divisive humor online before, and I definitely hadn’t seen it used so successfully. Using satire to highlight a subject like racism takes stones, and Jonah Peretti has great big ones. (I call them Perettiballs.) He made up these two endearingly ignorant characters — Sally and Johnny, who openly stereotype their black friends with all the subtlety of a sledgehammer — and put them out there on the internet as the poster children for modern racism. Not everyone understood his intent, of course, so the site received an impressive amount of hate mail, but Peretti showed no fear whatsoever, and I respected the hell out of that.

Some people took the site literally, and actually thought Sally and Johnny were a real couple, writing about their real black friends. I could not believe this. The hate mail left me dumbfounded. How could someone not get the joke? And how could someone fail to see the value in it? But then I realized something important; there are some serious morons out there, and no matter what you create, no matter how funny, cool, beautiful or insightful it may be, this portion of the population is going to trash it. Maybe they’ll take offense to it — maybe they won’t understand it or simply won’t like it — but the task of humor authors is to make people laugh, and criticism is part of the job. With Black People Love Us, Jonah Peretti taught me a lot about courage — about being unafraid to take chances with humor — and in so doing, gave my writing a big push forward.

Here is a quote pulled from the site’s testimonials section:

“Johnny calls me ‘da man!’ That puts me at ease. It makes me feel comfortable, because I am Black and that’s how Black folks talk to one another.”

Here is another quote, also from the testimonials section:

“Sally’s always saying: ‘You go girl!’ while ‘raising the roof’ to mainstream hip-hop tracks at cheesy bars. That’s fun! I relate to that.”

Black People Love Us was a huge internet hit when it went live, and it continues to thrive after all these years. A true internet pioneer, Jonah Peretti also wrote the massively-forwarded email thread, the Nike Sweatshop Emails, and he is a founding member of BuzzFeed and the Huffington Post. The New York Times called him a “viral marketing hot dog,” (which is a creepily-worded compliment, in my opition, but a compliment all the same). Peretti is a graduate of the MIT Media Lab and a member of the New York based artist group Free Art and Technology Lab (a.k.a. FAT Lab).

Much like The Reverand (sic) Nathan Runkel of Cartoon Girls I Wanna Nail and Robert Hamburger of The Official Ninja Webpage, Jonah Peretti was a major source of inspiration behind my decision to start a blog of my own, and Black People Love Us continues to influence my development as a humor writer to this very day. 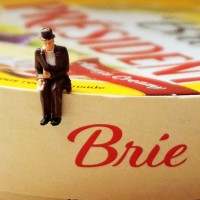