I would like to begin this post by saying bathroom turnstiles are bullshit. Installing a coin-operated barrier between a urinal and a dozen full bladders is just asking for trouble.

So back on December 8th of 2012, The Wife and I went to Oldenburg in northern Germany to visit her friend. We shall call this friend Killjoy McBittertits. Killjoy wasn’t in a particularly festive mood that night, but she did manage to show us around the Oldenburg Christmas market. We strolled around, checked out the booths and drank copious amounts of Glühwein and Feuerzangenbowle. (I also had a flask of whiskey in my jacket pocket, and I was in no way shy about using it to spike the sweet holy Jesus out of our drinks.)

For reasons I still do not understand, Killjoy McBittertits wanted to leave the Christmas market and go inside a shopping mall. (Apparently this mall is a pretty big deal in Oldenburg because it has three floors. I know, right? Three whole floors… that’s insane.) Anyway, after wandering around for what seemed like forever, we stopped at a bento place and ate expensive noodles. Now, I was pretty drunk by this point — I’d say I was operating at a steady Level 7 on a scale of 1-to-Ted Kennedy — and I had to piss.

I excused myself from the table and walk/ran to the nearest escalator. It took me much longer than it rightfully should have, but I finally saw a sign for the restroom. My bladder was about to rupture, so I was basically sprinting toward the men’s room when I was stopped by a coin-operated turnstile. And guess who had no Euro coins in his pocket whatsoever? This guy.*

I stopped and considered my options for a moment: There was a family of four immediately to my left. An elderly woman to my right. Two teenage girls behind me and a dude who looked exactly like one of those pasty fruitcakes from Chariots of Fire across from of me. There was one security camera pointed at me and one security guard pacing around inside the men’s room. Obviously the camera was powerless to stop me, and the guard kept walking in a circular loop, causing him to pass behind a wall and lose his line of sight on the turnstile. I thought to myself, This is all about timing. It’s just a video game. Wait for the rope swing, grab it and jump over the lava pit. You can do this. You have to do this, because if you don’t, you’re going to make puddles in your pants.

I took two strides forward and planted my foot on the joint of the turnstile, right where the rotating bars met the metal wall, and tried to James Bond my way over the top. (I vividly recall one of the teenage girls gasping in surprise.) This operation should have gone smoothly. It should have been glorious. Instead, my giant snow boot crashed into the bar like a piston — like it was angry at it — and all of the bars started to rotate away from me. My leg straightened out and slid over the top bar — bunching up my jeans mid-calf and exposing the white sock underneath — and brought my genitals right up against the metal.

Abort! Abort! cried my entire body. Abort mission; we were given false intel. This is a suicide mission. I retracted my leg and, in a flash of brilliance, decided to duck under the bar instead. I slid beneath the turnstile, nodded to the oblivious security guard and stepped up to the nearest urinal. Half of my brain was thinking, God damn you James Bond, while the other half was thinking, That would have been hilarious if I’d hit my head on the way under.

*In retrospect, I suppose I could have asked one of the innocent German bystanders for change.

Click here to learn more about the term “Culture Shock.” 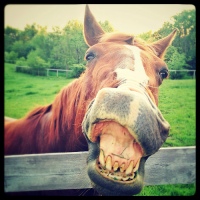