Let me begin this post by saying I have more balls than brains.

Okay, so the other day, my German wife and I were watching a four-part Netflix documentary series called Cooked, which explores different cooking traditions from around the world and how the four elements — fire, water, air and earth — transform food and give it a central role in our culture. The series is based on Cooked: A Natural History of Transformation, by Michael Pollan. Pollan also wrote The Omnivore’s Dilemma, which I once tried to read on the toilet but both my legs fell asleep and I had to crawl out of the bathroom on my hands and knees. Oh my god, the pins and needles were so bad… and the entire time I just kept thinking: Must eat local foods… “free range” doesn’t mean shit… corn is the devil…

Anyway, it was the “earth” episode which really captured my attention. It was mostly about bread and yeast, and how fermentation is an essential chemical process used to make more foods than most of us realize. I couldn’t believe how simple the recipe for bread was: flour, water and yeast. Boom! Done. You just made food out of basically nothing — like Jesus. (And if there’s one thing I yearn for in this life, it’s the messianic superpower to drown myself in carbohydrates.)

So I went straight to the store and bought the ingredients, then set about making bread for the first time in my entire life. Here’s how I failed, step-by-step:

And that’s how I staggered blindly through my first bread making experience. Now we have a shit ton of very weird bread to eat, even though I’m trying to avoid carbs so I can stop being such a lard ass. I even asked The Wife if she would take it to work with her and let her rabid hippo co-workers go to town on it, but she refused, saying she would rather give it to a friend instead. I didn’t understand this, as I wouldn’t give this shit to my worst enemy, but I guess she wanted to be supportive.

I can only award my Frankenbread with one Merkel Diamond, but the balls-out audacity with which I confronted the challenge earns me an additional one, resulting in a total score of two full Merkel Diamonds:

Do you have any disastrous cooking stories to tell? Let us know in the comments section below! And as always, thank you for reading and have a wonderful day! 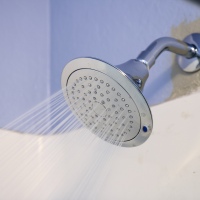