I have a confession to make.

When I first arrived at the Hannover airport back in 2012, my wife met me at the security gate, we picked up my luggage and boarded the S5 train on our way toward our new home. About a mile or two outside the city, I saw a vast wasteland of the most depressing houses on earth; tiny little shacks — too small even to hold a car — complete with miniature windows, flagpoles, chain-link fences, yards and gardens.

“My God,” I whispered to my wife, barely containing the tear which threatened to spill from my eye, “those poor, poor people…”

I marveled at the thought of living in such a confined space. Would the toilet be right next to your head as you slept at night? What about running water? A kitchen? Heat during winter? Holy Christ, are people raising children in those things?

I was disgusted by the idea a city like Hannover could thrive within spitting distance of such wretched slums. What sort of mayor allows a cesspool of humanity like this to decay in his own back yard? A sick one, that’s who. And then I took a closer look at these little nightmare shanties, all huddled together for warmth like derelicts around a burning car tire…

“You know, for a bunch of filthy untouchables, these Germans bums sure decorate the shit out of their huts.”

And it was true: Each little house was manicured with tender, loving care. Like dollhouses for God’s sullied children. They were freshly painted, complete with trim and decorations on the front door. They even had tiny chimneys and gutters. The yards were immaculate and the gardens were actually growing real, live, fruits and vegetables. I even saw a miniature trellis supporting a beautiful red climbing rose… like a single wish of hope in an otherwise hellish quagmire of despair.

“These are the best hobos ever!” I declared loudly, not only for my wife, but for the rest of the train car to hear as well.

“Those are Schreber gardens,” said my wife. “We call them ‘Schrebergärten.’ People who live in the city rent them so they can garden on the weekends. When I was a kid, I used to have sleepovers with my friend in her family’s Schreber garden.”

She was right. Apparently, the “Schreber Movement” started in Leipzig, Germany, in 1864. European industrialization in the 19th century brought tons of people into German cities, and most of them were very poor. As a way to improve their lives and put more food on the table, they used these little plots of land outside the city to garden, work outside in the fresh air and have a place for their children to play. These days, Schreber gardens are more of a hobby than a necessity, and though I’m sure there are some young people who continue to enjoy them, all I’ve seen are super old people with their hands in the dirt and their asses to the sky.

And so, Dear Germany, I must apologize; I am sorry for assuming so many of your citizens were living in abject squalor. I just didn’t know! I mean, I own a house in the States and I hate yard work — I couldn’t imagine paying someone for the chance to weed my own vegetable garden. That’s just crazy talk. But you go ahead and do your thing, Germany.

Do it real good. 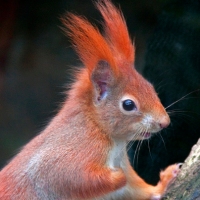